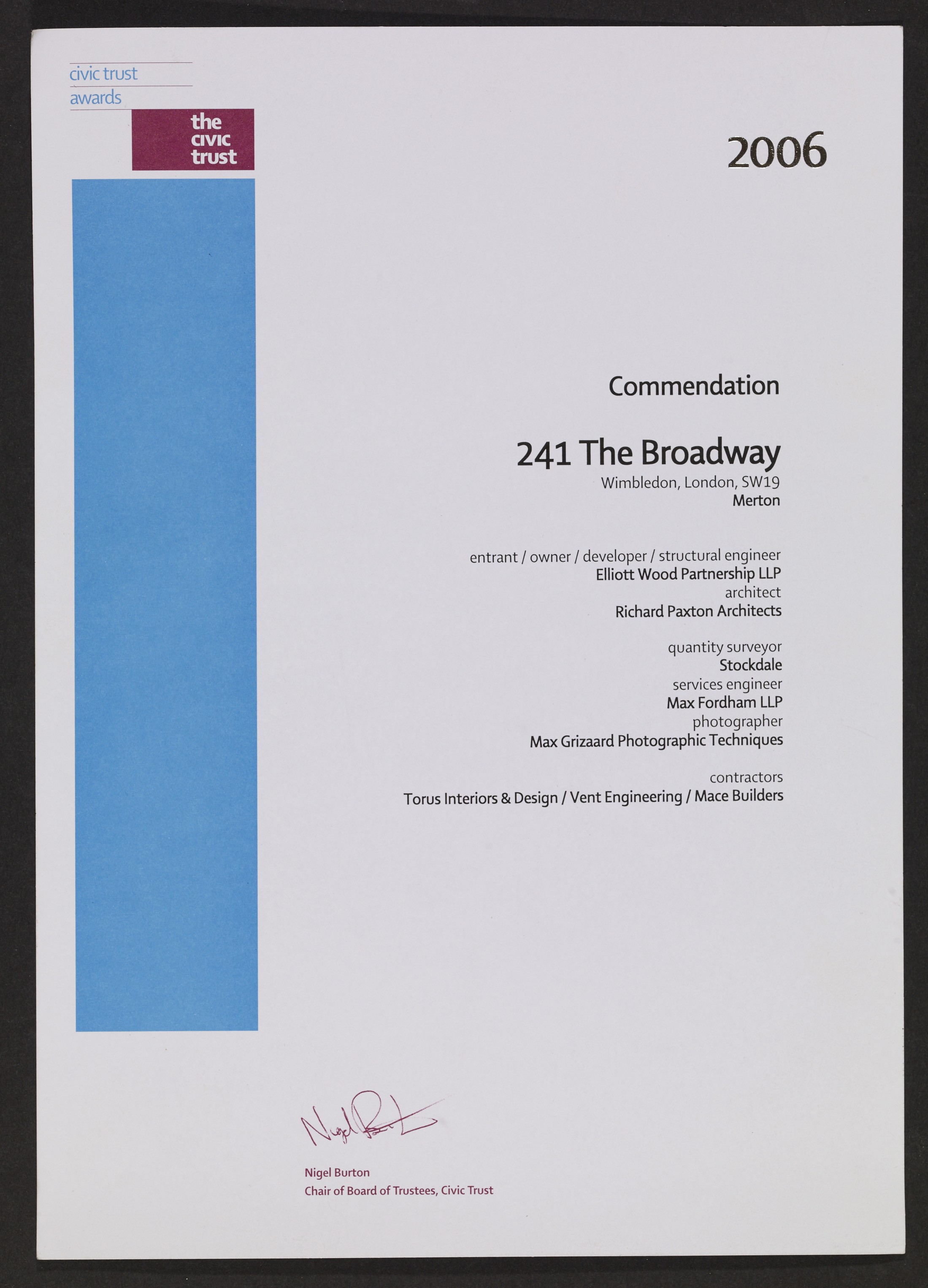 Stockdale and ElliottWood have worked closely together on numerous jobs for many years. The practice was delighted to be involved in the conversion of their new home in Wimbledon in 2005 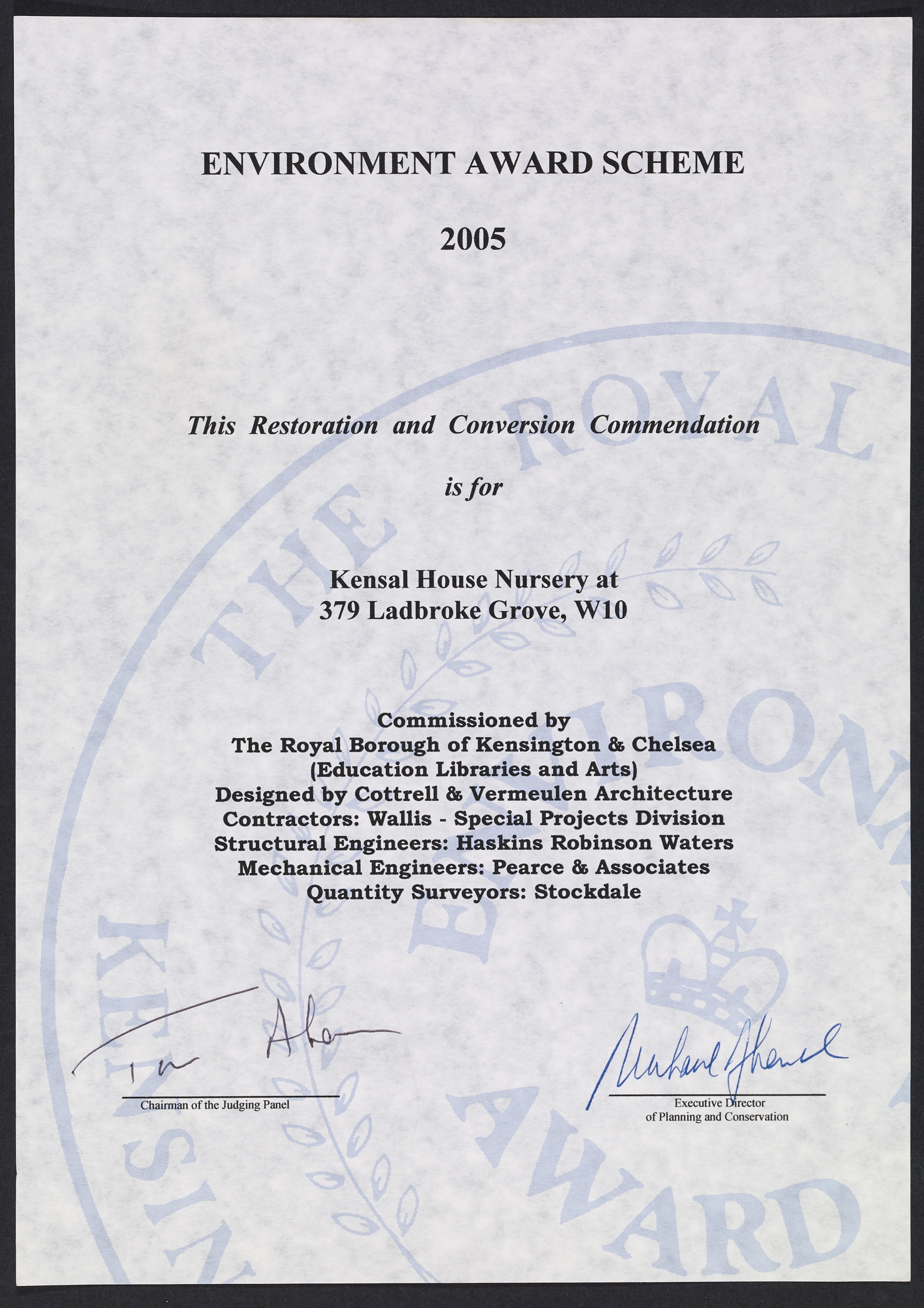 Commissioned by The Royal Borough of Kensington and Chelsea, Kensal House Nursery was commended for its work 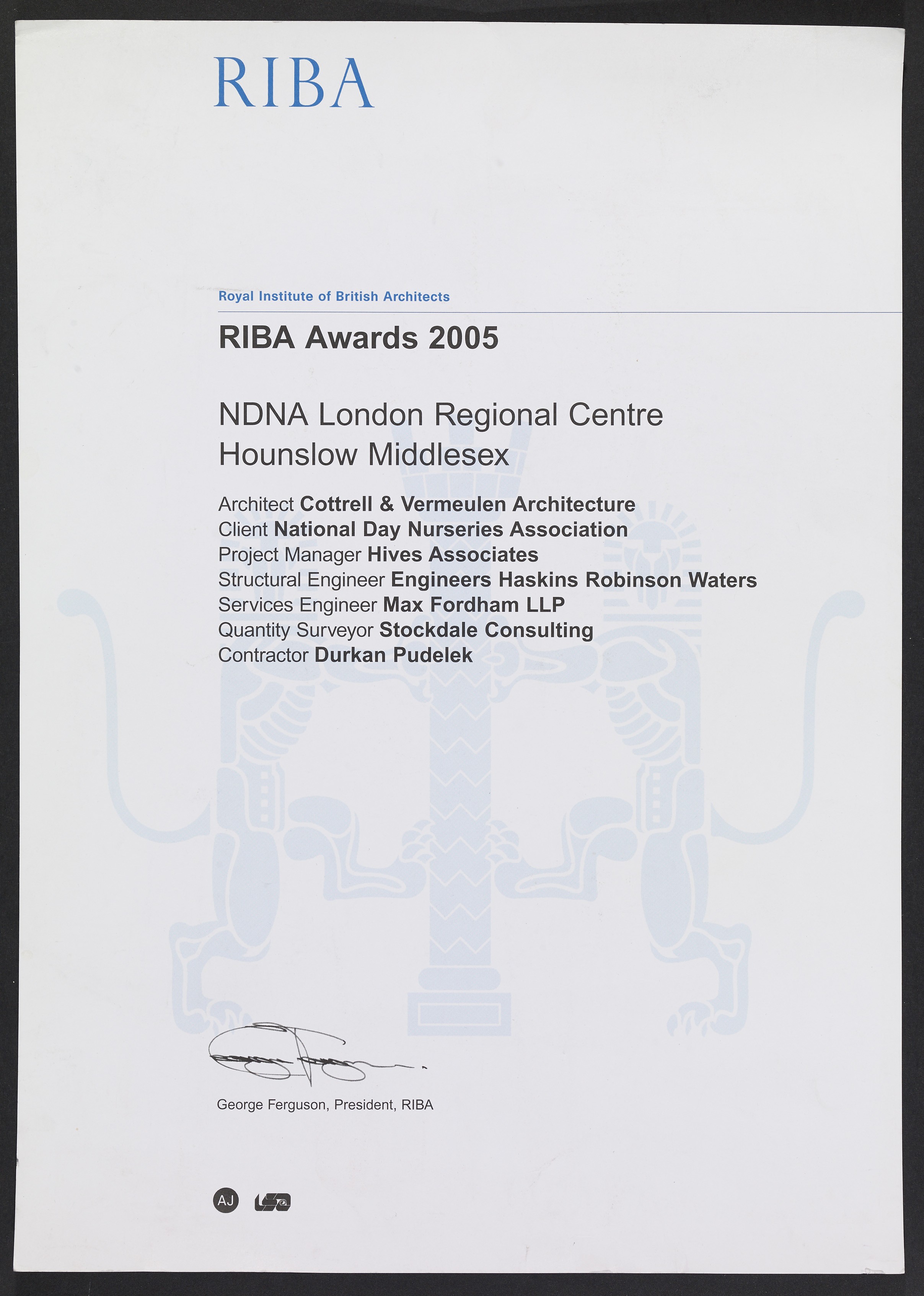 Neighbourhood Nursery, Southall by Cottrell and Vermulen Architecture won a RIBA award in 2005

Developed for the National Day Nurseries Association (NDNA) in Hounslow, a yellow steel and polycarbonate canopy provides an umbrella for flexible nursery spaces below. The internal spaces are pods, which can be altered or moved to suit future nursery needs.